What is O1 Visa and Who is Eligible For it? 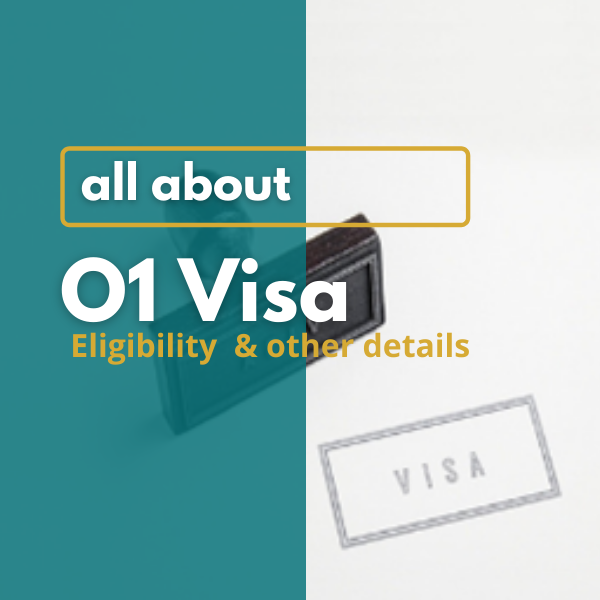 The O1 visa for the US is a non-immigrant visa, which is allocated to foreign residents who have extraordinary abilities or accomplishments in the field of science, education, and arts. The applicant’s accomplishments must have been acknowledged in the field through thorough documentation.

Because it is intended for individuals in science, education, or the arts, it is also called an extraordinary ability visa or an artist’s visa.

You can apply for an O1 visa if you are someone who is achieved in a specific field of work and has extraordinary abilities or achievements. There is two Variety of O1 visas, depending on your field of expertise – the O1A and O1B:

Features of an O Visa or Status Include:

For candidates in the field of sciences, education, business, and athletics. Candidates must prove that they are champions in the given area.  This can be validated through the evidence of an important, internationally recognized award like the Nobel Prize or Olympic medals or has accomplished at least three of the following pieces of evidence below:

The candidate may verify qualification through evidence of selection or nomination receipt of a prominent, national or internationally recognized award such as an Academy Award, an Emmy, or Grammy Award. In absence of such an award, candidates can establish themselves as qualifying through at least three of the following kinds of evidence:

For more information on the O-1 visa, please click one of the following links:

If You wish to consult an attorney with expertise in immigration law and who fits your needs, or to know details about what are the requirements while applying for the O visa process, consult The Law Offices Of Prashanthi Reddy now!