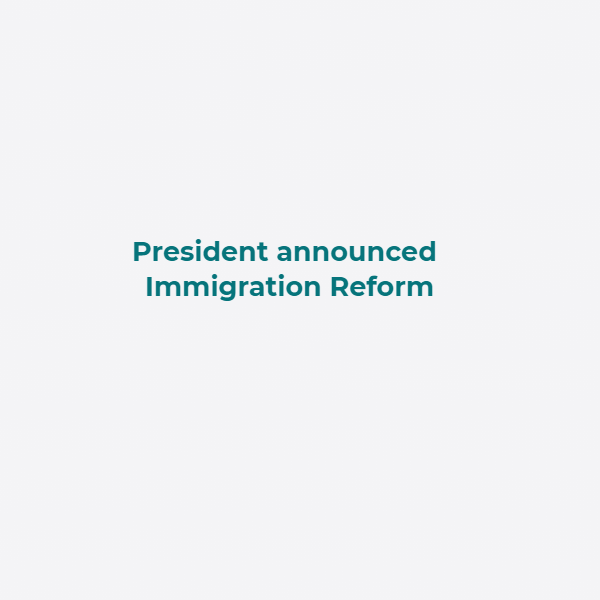 On November 20, 2014, the President announced a series of executive actions to crack down on illegal immigration at the border, prioritize deporting felons not families, and require certain undocumented immigrants to pass a criminal background check and pay taxes in order to temporarily stay in the U.S. without fear of deportation. These initiatives include:

USCIS and other agencies and offices are responsible for implementing these initiatives as soon as possible. Some initiatives will be implemented over the next several months and some will take longer. Over the coming months, USCIS will produce detailed explanations, instructions, regulations and forms as necessary.