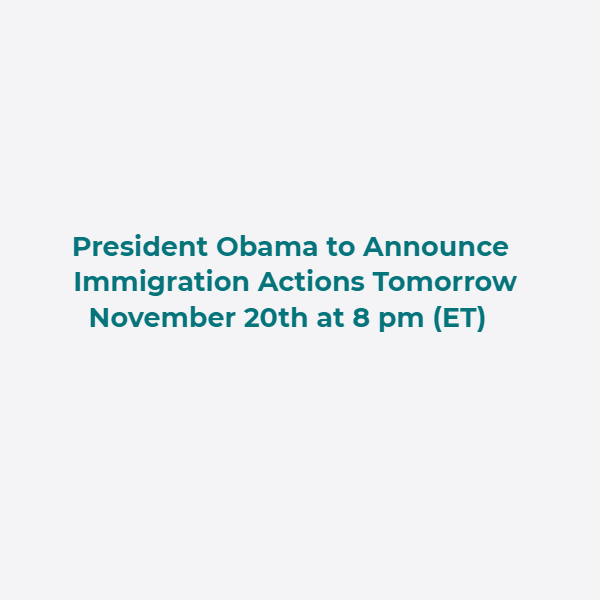 President Obama will give a live address tomorrow at 8 pm (ET) to lay out the executive actions he will be taking to fix our broken immigration system. Additionally, on Friday afternoon, the President is planning to fully unveil the plan in Las Vegas at Del Sol High School, the site of his last major immigration speech in 2013.

President Obama administration is considering expanding the universe of undocumented immigrants who would qualify for deferred deportations by using criteria such as longevity in the United States and family ties, according to sources briefed on the discussions. Parents in the country illegally but who have children who are U.S. citizens are almost certain to qualify, the sources said. More in question is whether undocumented parents of so-called Dreamers — many of whom have been shielded from deportations under a 2012 administration policy — would qualify as well.

He will also provide new guidance for the nation’s immigration enforcement agents and revamp the legal immigration system to provide more opportunities for high-tech workers from other countries. For More Information Please contact us – The Law Offices Of Prashanthi Reddy, PLLC