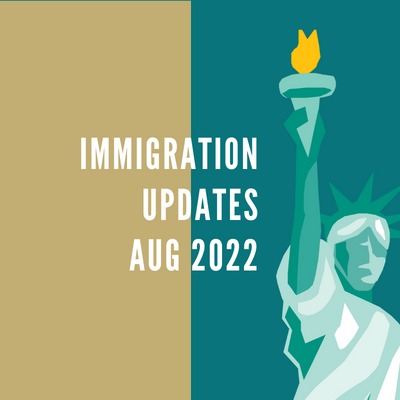 The US consulate in India has implemented a new fraud management measure to avoid bulk booking of NIV appointments. The new system aims to stop people from gaming the system and making multiple bookings using bots and selling them, which have risen during the COVID-19 period. The new system uses CAPTCHA test technology, preventing computer bots from making bulk appointments.

As per a statement from Don Helfin, the Minister Counselor for Consular Affairs in India, the new system addresses issues of agents misusing the system for personal gains and asks people to report cases around it to the fraud unit at mumbaiF@gov.in. If anybody is booking their appointment soon should use the CGI Federal website and can follow the instructions released by Minister Don Helfin during a recent live video conference.

Biden administration, from the start, has been pushing a lot of immigration reforms, and including premium processing for other visa categories is one of them. USCIS, in one of their earlier updates, talked about rolling out the facility in a phased-out manner. Beginning in Aug 2022, the second phase of the roll-out is already initiated. USCIS has started accepting premium processing requests for Form I-907 for EC-13 ( EB-1C) for multinational executives and manager petitions ( for ones received on or before July 1, 2021) and E21 ( EB-2 NIW) petitions ( received on or before August 1, 2021)

As per the new update, the fee for the facility remains at $2500, even for the new visa categories, and USCIS guarantees the 45 days’ timeframe with it.

Update 3: The validity of the 60-Day grace period facility for responding to RFE increased.

During the COVID-19 period, USCIS came with the facility of giving applicants an extra 60-day grace period for responding to RFEs over and above the regular deadline mentioned with the RFE. In the current USCIS update, the validity period is now Oct 2022.

It is not an update, but USCIS has reiterated the fact. USCIS is always requesting applicants who didn’t file their medicals shouldn’t do that while interfiling ( EB-2 to EB3 or visa versa). According to USCIS’s notification submitting medicals during interfiling will not give anybody an additional advantage, and it is better to provide it when they request the same by an RFE.

Update 5: Bill Introduced to update the Registry date to allow people without status to apply for a GC

Democrats introduced a bill that would allow undocumented immigrants who are already there in the United States for at least seven years will now have an opportunity to legalize their status. The bill is a proposed amendment to an already existing statute in this matter called the Immigration and Nationality Act’s provisions called the Registry. The current law already allows a particular set of long-term residents who are undocumented or present in the country under temporary status can apply for Law Permanent Resident ( LPR ) status. The shortcoming in the same is the mention of a specific date, and the law would only apply to immigrants who entered the country on or before that date, but the proposed amendment removes the date factor. As the last amendment in the current law, the date is January 1, 1972.

Update 6: Highest number of lawsuits filed in May 2022 on delayed processing.

Lawsuits asking courts to order government employees to decide on long-pending immigration filings have increased sharply in the past year.

According to a recent Transactional Records Access Clearinghouse (TRAC) report, in May 2022, the federal courts recorded 647 immigration-related lawsuits for agency delay. The highest number of such cases filed in a single month since at least October 2007, the earliest date for which TRAC has data.”