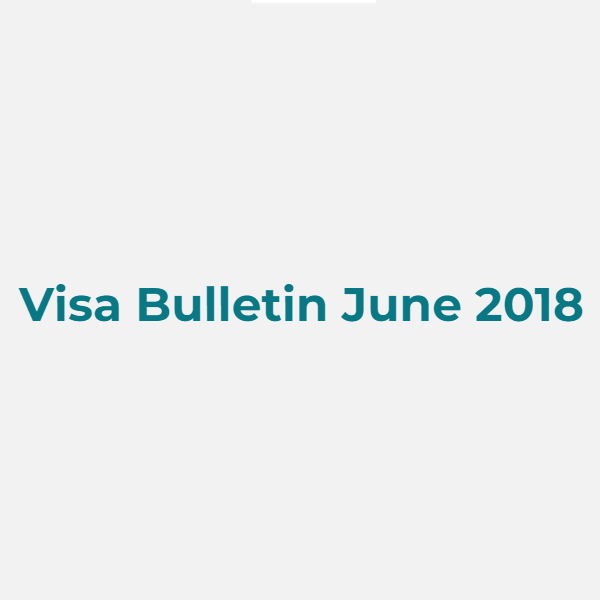 Earlier this month, the Department of State released the June visa bulletin. The monthly visa bulletin shows foreign nationals when they are eligible for a green card by comparing the priority date on their Form I-797 to the cutoff dates provided in the visa bulletin. After substantial movement in the April bulletin, movement across all categories has stalled for both May and June.

The filing date for the EB-1 category is current for all chargeability areas of the world.

The EB-2 filing date for China (Mainland) has remained at February 1, 2015. The filing date for India is the same at April 1, 2009. For the rest of the chargeability areas are current.

The EB-3 filing date for Indian nationals is September 1, 2008, while the date of filing for China (Mainland) is January 1, 2016. For the rest of the world, the filing date is current.

For family-based preference dates, overall, the dates remain constant or moves marginally with a few exceptions. The Final action date for Mexico’s F1 category moves by seven months to June 1, 1997. This is because the Agent of Choice letters in this category has a low response rate bringing about rapid movement of the date.

Mexico’s F4 category is the only one to remain constant at January 8, 1988.

Refer to the charts for all the cutoff dates (both final action dates and dates of filing) for June 2018.

For June 2018, family-based preference filings will use the Dates for Filing, while employment-based cases use the Final Action Dates.