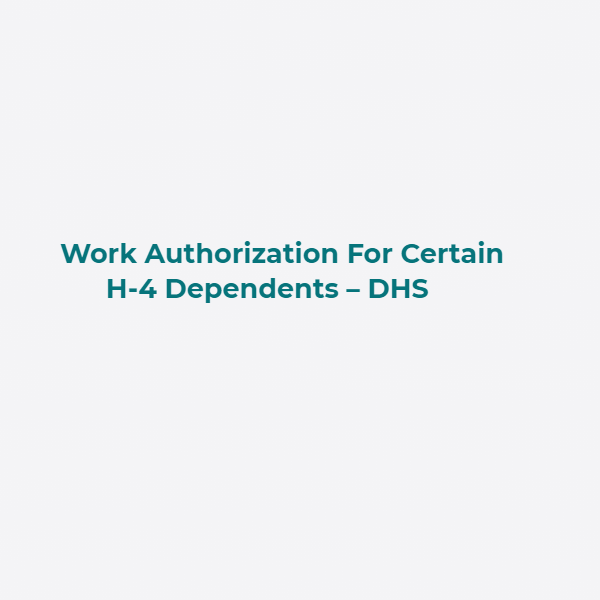 Notably, there is no change on H-4 dependent children status to work, who are not permitted to work. The new proposal would only apply to H-4 dependent spouses. The proposed new rule will benefit the Indian Diaspora because the waiting period for getting a Green Card through employment is more than 10 years. During this time, the H-4 spouse is not permitted to work, which is not beneficial to both the US economy and the H-4 dependent. Whereas dependents of other non-immigrant work visas such as L, E, and TN are allowed to work.