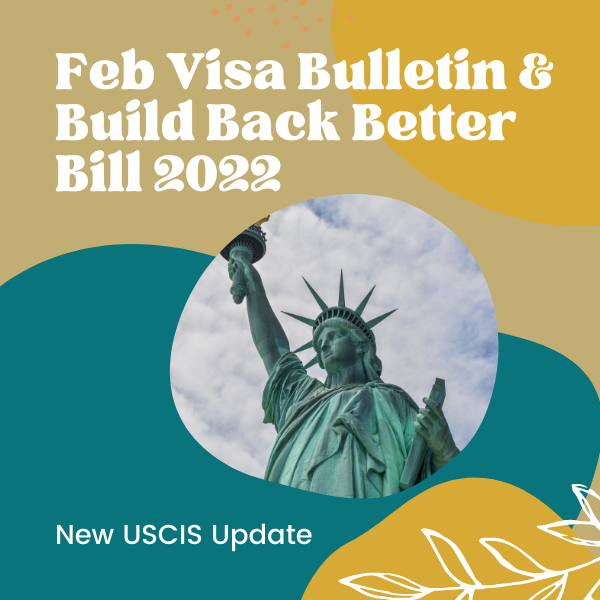 In the current episode, Prashanthi speaks about two major updates by USCIS and President Biden’s new bill on immigration which aims to improve the future policy initiatives of the government. The new significant updates include The recent release of the Feb 2022 visa bulletin, this time the bulletin again announced the forward movement of the final action dates of EB-2 for most countries. In contrast, the EB-3 category remained the same as in a few previous bulletins. India has the highest forward movement, and the final action dates for India for the EB-2 type moved by five months and 25 days. Another important update is around the I-485 interfiling. The new interfiling option offered by USCIS will allow applicants to interfile from EB-3 to EB-2 if the option is available to them. Other than the current two USCIS, the episode also speaks about the status of the Build back better bill, which is still in discussion before the Senate. One of the bill’s main provisions is to include immigration provisions in the budget bill. This bill focuses on bringing a significant reform in the Immigration policy. The President is also proactively meeting with corporate leaders to convince them about the bill.