March 2022 Visa explained and all about H1-B cap season 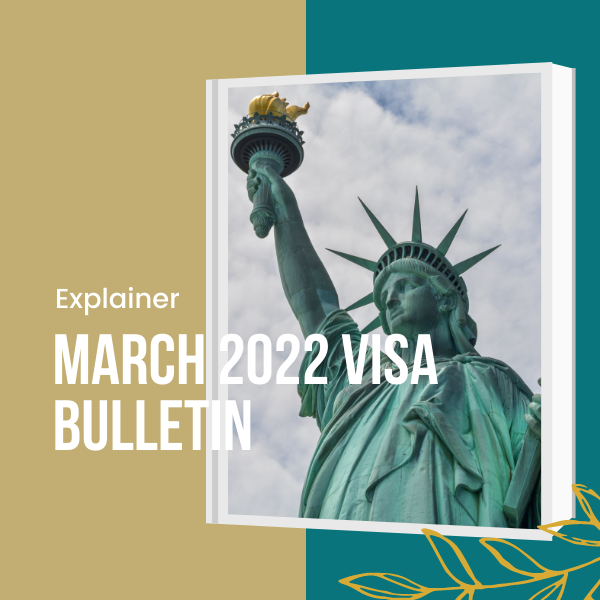 February is a crucial month for the immigrant community, first from the perspective of filling for H1-B registration as the same starts next month and second from the point of view of the new visa bulletin. March 2022 Visa bulletin has recently been made public by the USCIS, an essential document for Green cards. Petitioners. The episode discusses some of the vital updates mentioned in the March bulletin, which are

The H1-B 2023 cap registration process starts on 1st March, and 18th March is the late date to participate before the H1B lottery starts; the current episode speaks about a few essential things about the 2023 H1B cap season, which include: