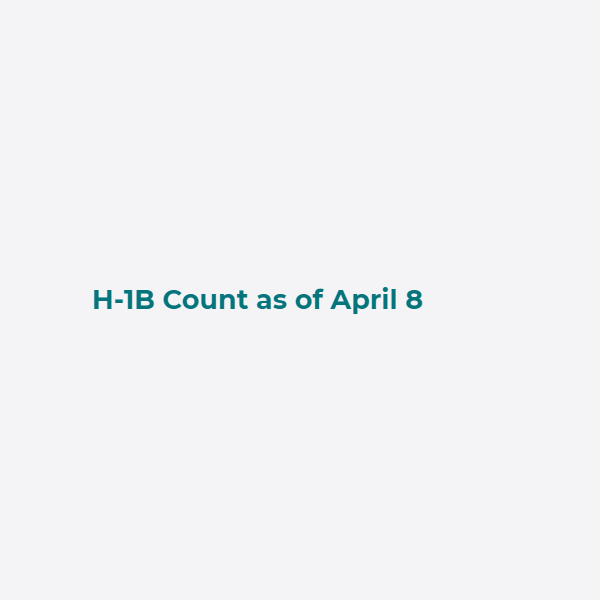 WASHINGTON—U.S. Citizenship and Immigration Services (USCIS) today announced it continues to accept H-1B nonimmigrant petitions that are subject to the fiscal year (FY) 2012 cap. The agency began accepting these petitions on April 1, 2011.
USCIS is monitoring the number of petitions received that count toward the congressionally mandated annual H-1B cap of 65,000 and the 20,000 U.S. master’s degree or higher cap exemption.
USCIS has received approximately 5,900 H-1B petitions counting toward the 65,000 cap, and approximately 4,500 petitions toward the 20,000 cap exemption for individuals with advanced degrees.
U.S. businesses use the H-1B program to employ foreign workers in specialty occupations that require theoretical or technical expertise. Such workers include scientists, engineers and computer programmers, among others.
USCIS will provide regular updates on the processing of FY 2012 H-1B petitions. These updates and helpful filing information can be found at USCIS’s website highlighting the H-1B program. Should USCIS receive the number of petitions needed to meet the cap, it will issue an update advising the public that the FY 2012 H-1B cap has been met as of a certain date, known as the “final receipt date.”
The date USCIS informs the public that the cap has been reached may differ from the actual final receipt date.
To ensure a fair system, USCIS may, on the final receipt date, randomly select the number of petitions that will be considered for final inclusion within the cap. The agency will reject petitions subject to the cap that are not selected, as well as those received after the final receipt date.
Whether a petition is received by the final receipt date will be based on the date USCIS physically receives the petition, not the date that the petition has been postmarked.
Cases for premium processing (faster processing of certain employment-based petitions and applications) of H-1B petitions filed during an initial five-day filing window are undergoing a 15-day processing period that began in April.
For all other H-1B petitions filed for premium processing, the processing period begins on the date that the petition is physically received at the correct USCIS Service Center.
Meanwhile, petitions filed by employers who are exempt from the cap, as well as petitions filed on behalf of current H-1B Nonimmigrant workers who have been counted previously against the cap within the past six years, will not count toward the cap.
For more information on USCIS and its programs, please visit www.uscis.gov