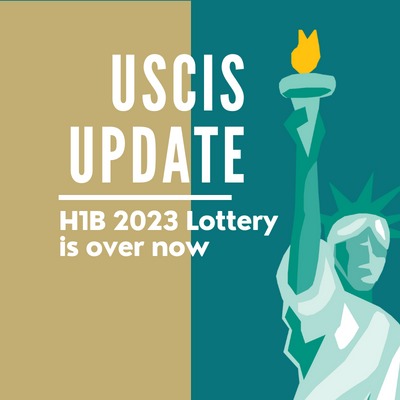 In its new press release dated Aug 23, 2022, USCIS clearly expressed that it has received sufficient petitions to fulfill the congressionally defined mandate of 85000 new H-1B visas to be allocated for the 2023 fiscal year. We all know that this 85000 number includes 65000 that fall under the regular cap, and the rest of the 20000 are those with U.S advance degree exemptions, also known as the master’s cap.

Instructions from USCIS in the new notification

As per the Aug 23 press release by USCIS, they have already sent non-selection notifications to registrants’ online accounts, which fall under cap guidelines. The accounts with non-selected notifications will show the status as:

H1-B is one of the best alternatives for hiring talents for job titles and descriptions, which fall under the specialty occupation, as defined in the new SOC code 2018 guidelines. The Law Offices of Prashanthi are already they to support. Still, suppose you missed the current season or have unselected registration under the 2023 H1-B lottery, there are alternatives to consider, and we are happy to initiate a discussion around them.