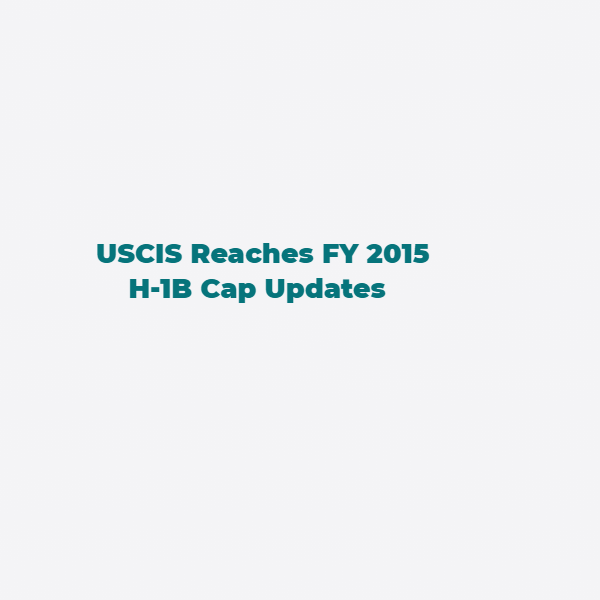 USCIS announced on April 7 that it has received a sufficient number of H-1B petitions to reach the statutory cap of 65,000 visas for fiscal year (FY) 2015. USCIS has also received more than the limit of 20,000 H-1B petitions filed under the advanced degree exemption.

USCIS received about 172,500 H-1B petitions during the filing period which began April 1, including petitions filed for the advanced degree exemption. On April 10, 2014, USCIS completed a computer-generated random selection process, or lottery, to select enough petitions to meet the 65,000 general-category cap and 20,000 cap under the advanced degree exemption. For H-1B cap-subject petitions not randomly selected, USCIS will reject and return the petition with filing fees, unless it is found to be a duplicate filing.